When I read many years ago that most people are under the influence of unwanted energies, I thought the people writing that were either fake or entirely paranoid. But these many years into healing and I’m afraid they weren’t wrong. It is so prevalent today that mood swings are seen as a normal part of life. Want to know what a psychic attack is? Read our article ‘What is Psychic Attack’.

Here are few signs you might be under ‘external’ influence.

1. You are Thinking Unusual Thoughts

One effect of a strong psychic attack is the presence of horrible thoughts which don’t feel one’s own. One often wonders ‘what is wrong with me? I never think like this’. If you are suddenly experiencing irrational thoughts that don’t feel like they are yours, they are probably not.

2. Difficulty in Maintaining a Spiritual Practice

For those who have a fairly regular spiritual practice, this is the easiest indication. When affected by external energies, there is a sudden drop in desire for any spiritual practice and one would make silly excuses to skip it. One has to almost force oneself into the practice and even then it feels like a half-hearted attempt.

Being under the influence of external energies can mess with your head if you are not grounded enough. There could be instances of specific memory loss, but also generally tending to be much more forgetful than before, misplacing and forgetting things. Repeatedly finding it difficult to think, almost as if it takes too much energy is also a common symptom, as is feeling as if the head is fogged up and heavy.

Entities that take over feed on our energy and leave little room for activity. A persistent weakness and a lack of desire to participate in life is a very common symptom.

The excessive fatigue often leads to very deep, heavy sleep and one wakes up with the whole body feeling heavy and no matter how long one sleeps, it never feels enough. This is not the only way sleep gets affected, though. Some people respond to psychic attack by finding themselves unable to sleep due to a subconscious fear of a presence in the room. They might only fall asleep in the wee hours of the morning or have fragmented sleep. Nightmares are also common.

6. Physical Problems with no Medical Diagnosis

In extreme cases or if the person is weak, an entity attachment can result in physical problems, and in many cases there is nothing wrong physically when medical tests are done. However, it could also manifest as thyroid or uterus issues in women. Other common physical symptoms are feeling of sharp pains, throbbing, tightness, a sinking feelings or waking up with unexplained bruises. Psychic attacks also reflect in the eyes; the eyes seem darker, heavier, and dark circles might suddenly appear.

Entities inhabit bodies primarily for some sort of physical gratification. Many people tend to naturally depend on physical gratification, and this is not a sign of psychic attack. It is a clear sign though, if this desire for gratification is sudden and unusual. For example when a person who normally enjoys eating healthy starts craving for junk food. Or when some starts having an unusually high desire for sex. One might develop sudden, strange fetishes or OCD-like behaviors for no apparent reason. There might also be a tendency to get addicted to people who one knows aren’t the right kind, or the sort one might not even be normally interested in, but one can’t pull themselves away.

Entities can attach themselves to people and remain there quietly for years without anyone finding out. If they are highly disturbed energies, or if the energy of the person carrying the entity is so high that it is making the entity uncomfortable, it might make its presence felt. Depending on the predominant sense of the person, he or she might hear, see or sense a presence. One might hear voices or sounds, see shadows or in extreme cases hallucinate, or feel touched at times. There might be a feeling of being watched, or cold sensations all over the body.

This happens more often to women. When someone starts to act completely out of character, turning into a (verbally or physically) violent person suddenly from a normally kind and loving person, it signals psychic trouble. Sometimes this violent behavior could be directed at oneself too. In most cases I have observed that this kind of behavior in a woman is accompanied by uterus problems.

10. Fluctuating with the Moons

Full moons and new moons increase the amount of energy the earth is receiving, and this makes external energies uncomfortable. The result is higher levels of restlessness, and subsequently stronger reactions. If you are experiencing any of the problems mentioned above and if they get stronger around full and new moons, it is a definite sign that you are under attack.

If any of these are happening to you, that is if they aren’t part of your basic nature, it is a sign you need some strong cleansing and need to intensify your spiritual practice manifold until you find yourself stable and strong again. Those who are generally prone need to ensure they consistently maintain a strong spiritual practice.

Free eBook download: We’ve created an eBook with our best articles on this topic, and offer it for free to all our newsletter subscribers. Click the image below to subscribe and download the PDF:

Having learned Meditation as a child, Ashwita incorporated Reiki into her life during her early teens. After a decade of witnessing the magic Reiki, she felt compelled to take up Reiki professionally, and ended her corporate career in 2007, taking up Reiki full-time. She eventually incorporated EFT, hypnotherapy and past life therapy into her work. Apart from her healing work, she teaches Reiki and meditation, and her book ‘Healing Through Reiki’ is available on Amazon. You can connect with her through Facebook https://www.facebook.com/Reiki.Bangalore, her website http://www.reiki-bangalore.com/ or visit her blog http://www.ashwita.com/zen/.

What resonates with you?

What do you know about Empaths?

Why Are Chakras Represented By Different Colors? 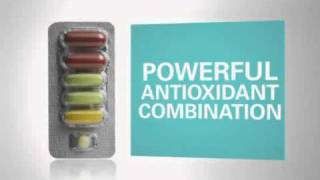 The Healing Benefits of Reiki Therapy For Cancer Patients

What resonates with you?